See, what had happened was...

I like it!! And it'll now have Apple CarPlay! 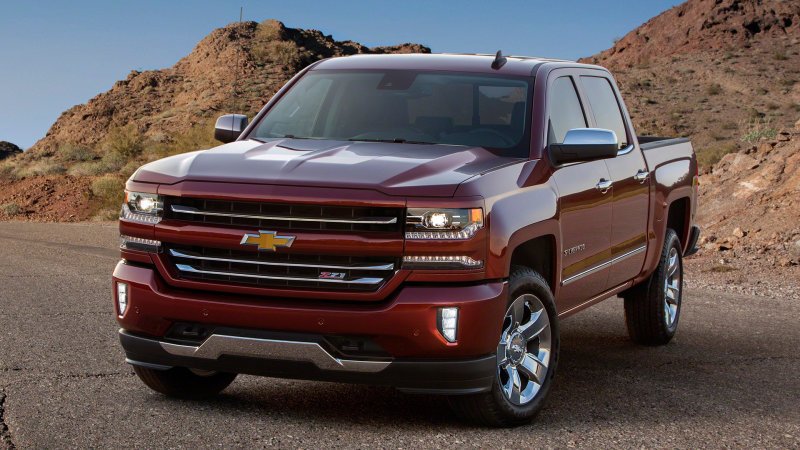 Still waiting to see if the HD gets the hood with a scoop and louvers in it. i think its 2017 the duramax will see some more drastic changes. I think the rumor mill said it will get a new turbo and ecm.

Looks so much better, IMO!

They will also have to make some "go fast" changes with the Diesel engine if they are going to stay competetive with Ford and Dodge.
They will need to up the output!
They are currently in a distant 3rd.

RI Chevy Silveradoman said:
They will also have to make some "go fast" changes with the Diesel engine if they are going to stay competetive with Ford and Dodge.
They will need to up the output!
They are currently in a distant 3rd.
Click to expand...

On paper, yet real world tests still puts them at the top in almost every regard for power.

RI Chevy Silveradoman said:
They will also have to make some "go fast" changes with the Diesel engine if they are going to stay competetive with Ford and Dodge.
They will need to up the output!
They are currently in a distant 3rd.
Click to expand...

I do like the looks of that over the "RAM" mustache copy of the just as ugly FORD grilles. At least GMC puts red lipstick on the pig of letters in the grille.

Frankly I am SICK of the HP wars.

I would rather have a cheaper truck, better MPG, and cheaper parts that don't have to stand up to 1000 HP and 1000 Ft lbs. Frankly you are hard put to use that amount of power. It's not all available in lower gears due to torque/power limiting in the ECM. As it is HD trucks like the RAM Long Hauler (will) have a de-rated engine for longer engine life.

As it is every time I have to put out $1000 on a repair for the 2003 I look at the MPG being double that of my 6.5's and 2005 Duramax. Towing at 13-16 MPG is also impressive. Only the 2008 Duramax came close to it's MPG with 18 freeway while the Dodge gets 17 in the city and 20 or more on the freeway depending on AC use. AC makes a big difference on the Dodge MPG. Only RAM offers a MT anymore with historically higher MPG of the MT.

When fuel is my biggest cost I don't need the HP/TQ winner - I value higher MPG. I need enough cooling to tow at the speed limit being 80 MPH or less usually 45-65 MPH on grades and trailer tires generally being rated at 65 MPH doesn't help in 75 MPH zones.

Although I own a Dodge I have long liked the simple GM designs with the inexpensive gas engine rig parts. With the historical trouble GM and Ford have had with their diesels and pulling the cab to work on a Ford diesel... Cummins parts are expensive and so are the Dodge/RAM parts.

I like the looks, almost. Why is the front of a full size truck as low as a Honda from the 1970's? Get a truck that will see a bit of off road some aproach angle for crying out loud. If it is a street only truck then the whole truck should be lower for easier loading and unloading as well as less wind resistance to help with the mpg count.

Which brings me to agreeing whole heartedly with War Wagon. Race trucks are cool, so build a special edition and jack power through the roof. Also offer a super fuel efficient version for people who are not trying to drag race a friggin non aerodynamic, poor handling truck thats just gonna spin the crud out of its tires anyways. If they can show a lower cost of ownership by repair and fuel usage up to 100,000 miles that will yank tons of people off the fence and into a bowtie.

The front end looks similar to mine.

The fog light shape is a little odd...

Yea, instead of that angle at the bottom,I would of preferred square lights.

Adding to it the gas engines are coming close or exceeding the MPG of diesel engines now. Only the 1/2 ton RAM Ecodiesel is making a diesel MPG effort with the GM inspired cooling system: electric fans and special Corvette inspired synthetic engine oil to take the extreme heat as the electric fans can't cash the power/heat load towing.

What T F, over

Those days are over...

Yea I would agree. The current GMC looks better than the Chevy. Chevy looks like it might overtake GMC for the 16 models.

What T F, over

Well the Great Mountain Climber at least has a tiny hint of a bumber..